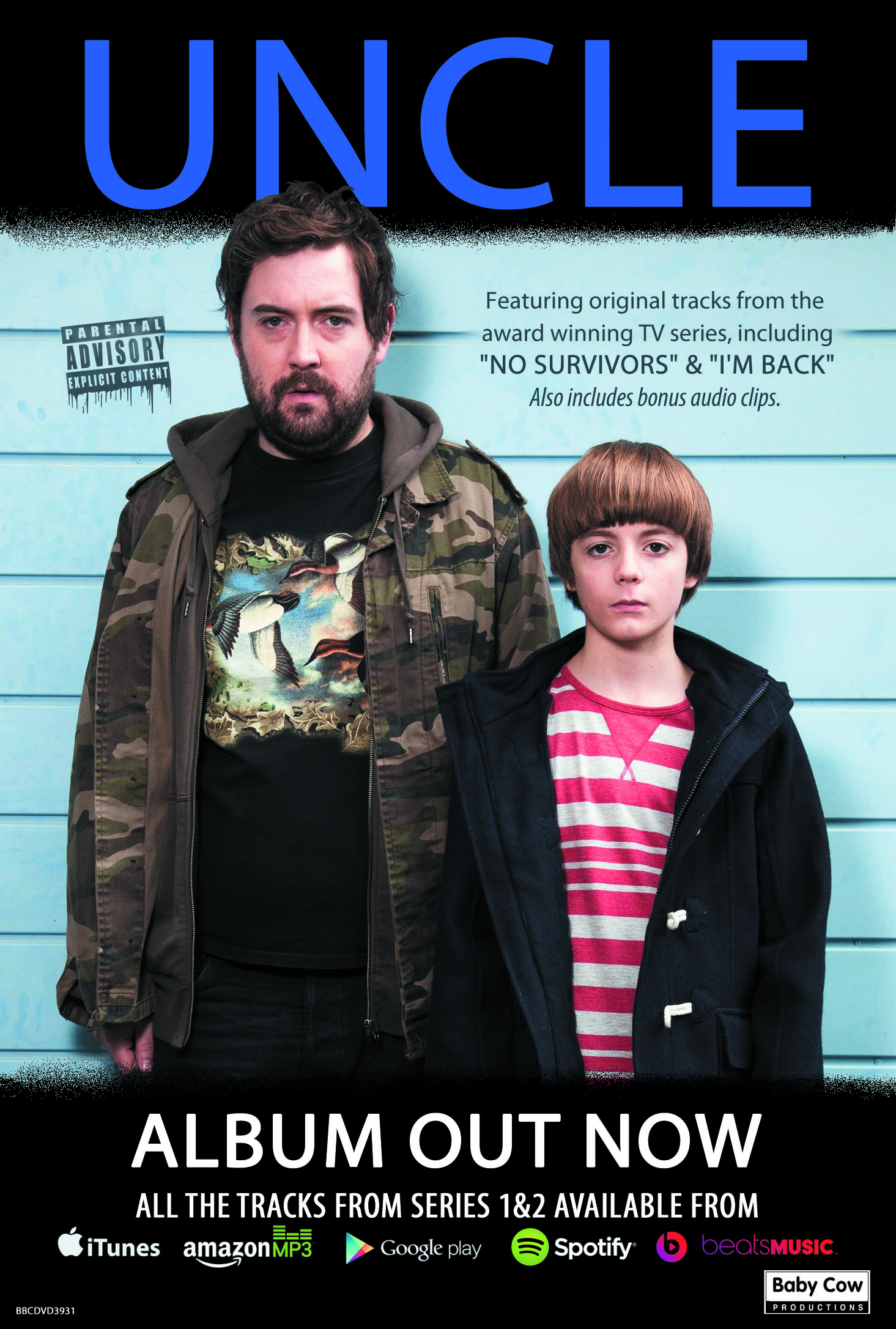 Take Uncle home with you today!

BBC’s Uncle Series One is available to buy NOW! You can also get the Uncle soundtrack (composed by Nick Helm) on iTunes!

Uncle Series One on DVD

Andy is a dissolute out of work musician who forges an unlikely alliance with his neurotic 12-year-old nephew Errol after being emotionally blackmailed into looking after him by his chaotic sister Sam–all on the day Andy was planning to kill himself. Not a natural with kids or responsibility, he tries to keep his new charge out of
trouble while knee deep in it himself.